Food is not just a necessity for survival; it is also a great pleasure for many people at any age. Unfortunately, some people have specific—sometimes even serious—allergic reactions to certain ingredients used in food. To avoid an allergic reaction, especially a serious reaction could result in hospitalization, it’s sometimes important to undertake food allergy testing to live safely, and know where the food limits lie.

Food is not just a necessity for survival; it is also a great pleasure for many people at any age. Unfortunately, some people have specific—sometimes even serious—allergic reactions to certain ingredients used in food. To avoid an allergic reaction, especially a serious reaction could result in hospitalization, it’s sometimes important to undertake food allergy testing to live safely, and know where the food limits lie.

An allergic response is when the immune system has an “overreaction” when exposed to something that most people find harmless. This exposure can come from inhalation, as happens to some people with allergies to contaminants in the air, like pollen, or it can come from physical contact, such as people having a reaction to furry pets like cats and dogs. It can also, unfortunately, come from ingestion when someone eats a specific substance or ingredient.

Under ordinary circumstances, the immunity response only goes into extreme action during an extreme event. Swelling, for example, normally only happens when the body detects the invasion of dangerous, foreign particles, and concentrates a lot of white blood cells in a single area. Some people, however, will trigger this reaction to other substances not commonly regarded as dangerous, and these are called allergens.

How Do People Get Allergies?

An allergy is not a disease, so it’s not contagious. This means that if someone else is allergic to peanuts, for example, just being in the vicinity of that person will not make others allergic to peanuts as well. The most common reason for allergies occurring is because of genetics. If someone is allergic and has children, there is a chance that the child will also have allergies.

However, while the transmission of the allergic reaction is familial, that doesn’t mean the specific allergy is too, only the allergic reaction. This means that someone allergic to seafood may not necessarily pass a seafood allergy to children. The children may develop a different allergy.

What Is A Food Allergy Reaction?

Different people will have different reactions to eating foods with ingredients that trigger an allergic reaction.
The most common symptoms are:

The most serious reaction of all is the anaphylactic reaction. This is characterized by a rapid increase in pulse, large drop in blood pressure and the constriction of airways, for breathing difficulty. Left untreated, this can lead to a loss of consciousness and even death.

What Is Food Allergy Testing?

Food allergy testing can be conducted in two ways. The first, slower, simpler, and cheaper, is known as diet elimination. This is careful observation of changes in diet, removing certain foods, noting reactions, or lack of, and reintroducing other foods to observe changes. This is a good way to gradually test for foods when the allergic reaction isn’t severe.

For food allergies that are extreme in physical response, direct ingestion may be too dangerous, so instead, a blood test is used. This is similar in principle to the “drug panel testing.” Here, however, the blood sample is taken, but instead of being analyzed across different “panels” to test for the reaction to an array of drugs, the ingredients of food are used instead.

Food allergy tests range across different groups, from gluten to wheat, a basic test that covers all major groups like dairy, corn, and beef. Blood is exposed to different ingredients. If the immunity response is activated, that indicates an allergic reaction.

If you or someone you know is concerned about managing food allergies, and you would like to know what’s safe and what’s not, talk to a medical specialist about food allergy testing. 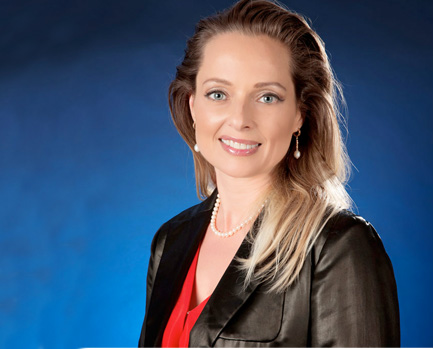